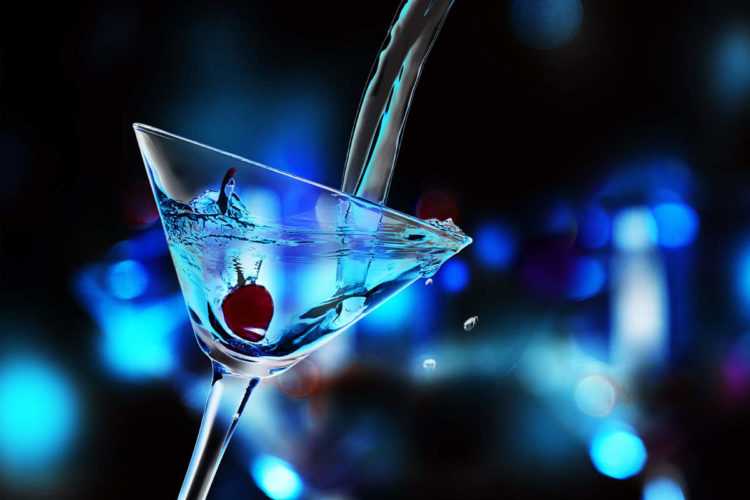 Variations are always good. The question is why do people think of going for a variation? The reason behind it is that when people get bored with the same old thing then they goexploring for new options. Here is when a new thing is invented. Martini variations also came into being like this.

This cocktail is made through gin and vermouth and is loved by many. But the majority of them want to have it in their own way. Some of them like to adjust the gin ratio or some would like to go for another ingredient instead of vermouth. Adding new ingredients to a martini or altering the amount of any of the ingredients proved to be a very appreciative idea. Everyone deserves to know about these famous variations that one can go for in a martini. Read about a few of them below.

A person known to be the king of a cocktail named Dale DeGroff came up with an idea of giving a simple yet exciting twist to the standard recipe of martini which resulted in a martini named Smoky martini. People who have tried a classic martini before know that vermouth is the main ingredient in it. Dale DeGroff exchanged vermouth with a scotch whiskey. Add gin and scotch whiskey in a glass. Stir well and use lemon to garnish. You are going to fall in love with the taste of this martini and will feel like appreciating the King of the cocktail a hundred times for coming up with this idea.

I would like to call out for fruity cocktail lovers here before going into the details of this martini. You heard it right. This martini offers a fruity cocktail and all you need to make this martini taste like this are few ingredients that you will get to know about further. Vodka is the first one. Pineapple juice is the second one that will contribute to its fruity flavor. Then comes the crème de cassis that one should not miss in this martini variation. It is the soul of this drink. Allen Katz is the person behind this finest drink. The word delicious would look like an exaggeration here. But trust me it isn’t.

Unique things always become the talk of the town. This is what also happened with Espresso martini. The addition of coffee liquor made this drink people’s favorite. This is a perfect drink for your post-meal cocktail cravings. A bartender named Dick Bradsell came up with the idea of adding coffee liquor to vodka. Additionally, with this, he added espresso to it. The cold-brew concentrate is also what you can go for instead of espresso if you don’t have any of the coffee brewing gadgets or espresso machines. Serve this martini in a glass after shaking all the ingredients together. Don’t forget to garnish the glass with coffee beans. This would be a perfect go-to martini in any of your late-night outings.

Reverse Martini:
We are here to tell you about a perfect summer drink. This is not what we are saying, these are words of a certified sommelier named Michael Lee. This drink will not make you feel sluggish and will create an adrenaline rush in you. Gin and vermouth are the two main ingredients that are mixed to produce this martini. People get confused in between reverse and a 50/50 martini. The only difference between the two is that a reverse martini has more proportion of vermouth in it, unlike a 50/50 martini that has equal proportions of gin and vermouth. Have this one in the evening to end your day perfectly.

A bartender in New York came up with an idea of creating this martini after being inspired with olive garnishing. It took years to get the amount of fame and recognition it deserved. But the amount of fame it got after several years was worth all the wait. A dirty martini is an easy to make cocktail and can also be tried at home. You need to have three things to make it. The first one is a spirit, either choose a gin or vodka.  Many Best Gin online offers are the reason why the majority goes for gin in this martini. The second one is the vermouth and the third one is an olive brine. Stir all three of them and serve it in a cocktail glass with olive garnishing.

The majority of people don’t prefer starting their day with a cocktail. But many do. I am talking to people who would kick start their day with a glass of cocktail. A breakfast martini sounds like a good idea especially if it has got a tart and sweet flavor. Ingredients that add those early morning flavors to this cocktail are lemon juice, combier, and rhubarb marmalade. Lemon juice is the fourth ingredient that is added to this breakfast martini which balances its taste. The person behind this drink made sure that one can have it at both times, that is morning and evening.

This one is known to be a three ingredient drink. But what’s the reason behind it? Let me tell you the reason. But before that, you deserve to know how this variation got known to people. There is a Bohemian club where this drink was created by a businessman. This drink has three main ingredients. First one comes the gin. Second one is the dry vermouth. Last one is pickled onions for garnishing. This martini stands itself becauseof not having bitters in it. Homemade pickled onions would add more customization in this martini. There are many recipes available there on the internet for pickled onions.

These were the seven best martini variations you should try. The ingredients in each one of them can easily be bought from nearby bars or shops. Kick start your mornings and evenings with these cocktails.  I am sure you will fall in love with the taste of them and will wonder why you didn’t know about them before.