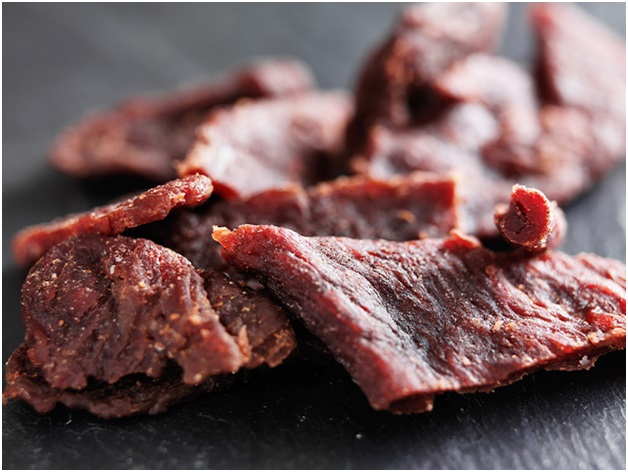 Beef jerky is a very popular snack. If you are from Australia, then there is no doubt that you have the best jerky made from the finest meat. But do you know where it came from, how it’s made, and why is it so delicious? If you want to know everything about this delectable snack food, jerky and biltong, then you have come to the right place.

What is A Beef Jerky?

Beef jerky is a type of snack food. It is made by marinating the beef using a curing solution before it is dried. Meat that is treated this way can last longer and has a unique flavor. Jerky can be any type of meat that is cured using a salt solution. The moisture is reduced to less than 50% and is usually brown in color. Also, it has a very rough texture that is tougher compared to unprocessed meat. However, it has a more powerful flavor that many meat-lovers like. The flavor comes from the concentrating effect when it is dried. So if you want a nutritious and low-calorie snack, you should go for beef jerky.

The Native Americans are the ones who started making beef jerky in the1800s. The Quechua tribe produced meat similarly to how beef jerky is processed. They call it ‘charqui’ or ‘ch’arki.’ The strips of muscle tissue from game animals like deer, elk, or buffalo are added with salt before they are dried in the sun for longer periods of time. This method helped them preserve meat. The Spaniards learned about this method and they adopted it. They were the ones who introduced this meat preparation method to the rest of the world. Since then, it rapidly became a growing meat snack market not only in the U.S. and Australia, but all across the globe.

Here’s How Beef Jerky Is Made

Even though beef is the most popular type of jerky, many are also using other types of meat from domesticated animals like pork, goat, lamb, or mutton. Game animals are also used like deer, springbok, kudu, kangaroo, and buson. These days, turkey, salmon, tuna, horse, and camel meat are also used to make jerky snacks.

In preparation, most of the fat should be trimmed before it is dried. The fat does not dry and it will only increase the risks of spoilage. Chemicals can be used as preservatives. But the traditional way is only to use salt which is still used up to this day. The meat should also be dried quickly to avoid bacterial growth that can happen when the meat is not dry yet. In industrial settings, companies are using large low-temperature ovens with heaters and fans to help remove the moisture as quickly as possible.

Because of its distinct taste, jerky becomes a very popular snack. In fact, you can now order jerky packages online from top producers in Australia. So what are you waiting for? Pick your flavor and add the items to your cart.