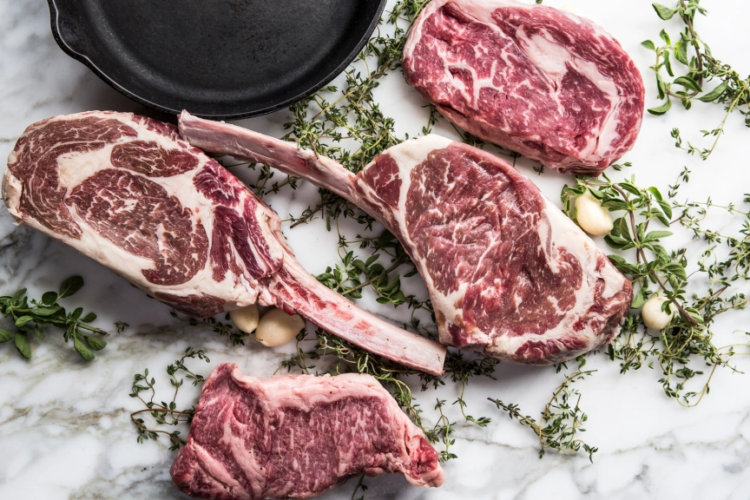 The ribeye is another type of steak and it is cut from the centre of the rib section. The ribeye is sold as boneless or bone-in. It is actually one of the juiciest, tender and flavourful steaks and it tastes better than the fillet mignon although it is slightly chewier than the fillet mignon. The ribeye has intramuscular fat so when you overcooked it doesn’t turn dry like the fillet mignon but instead, it remains juicy. When cooking this type of steak it is advisable to only use salt and pepper so that you do not cover up the beefy flavour of the steak. Furthermore, the ribeye should be cooked on a grill or cast iron pan in order to achieve the best cooking results.

The strip is also another type of steak and it is cut from the short loin. In some countries the strip is referred to as the New York strip. The strip has less fat than a ribeye but, is more flavourful than the tenderloin. The strip is usually sold in its boneless form. When cooking a strip you should season it only with salt and pepper. This will help the beef flavour of the strip to really come through. Cook strip on a grill or in a cast iron pan.